Amnesia: A Machine for Pigs – Review

Let it be known that every now and then I make some incredibly poor decisions in my day to day. Oh, they’ll seem perfectly reasonable at the time, sensible even, and yet I’m sure there’s some part of my brain yelling at me from behind an imaginary soundproof glass pane as I blunder forward. One such decision was the choice to jump on reviewing what is ostensibly the video game incarnation of horror despite being about as brave as the average house cat.

If you’re unfamiliar with it, the first Amnesia game, titled The Dark Descent, was a first person puzzle game wrapped up in thick bundle of gory horror and twisted story. So when the opportunity to review Amnesia: A Machine for Pigs presented itself, I jumped on it like a blind cat at a catnip scented blender. My reasoning at the time was quite simple; I only played a little bit of the first one, but had seen the entire game by watching various other people scream their way through it. Why the idea of beating everyone else to the punch of being terrified for hours on end appealed to me I will never know, but I had made my decision, and was gonna stick to it. 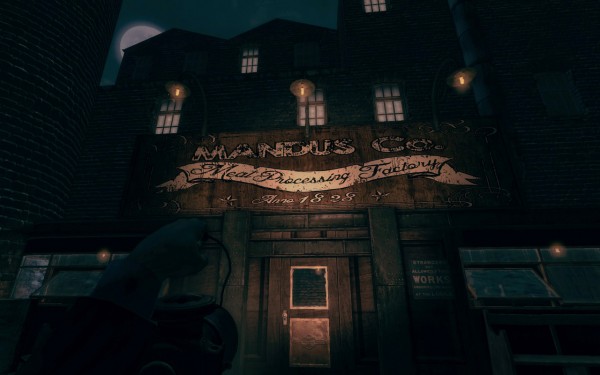 The events of Machine for Pigs take place some 60 years after Dark Descent, at the turn of the 20th century, in Victorian era London. Our protagonist, if you can call him that, is one Oswald Mandus, and of course, he has amnesia. After waking up and finding his mansion abandoned, with trails of gore littering the various secret passages strewn about, Mandus decides to go find his lost children in the depths of the industrial complex located deep below the earth. Of course, as no sane man would do anything of the sort, the game is quite happy to remind us that Mandus is very much insane by giving him frequent hallucinations of both his children and grotesque monsters.

Thus begins a tale that is simultaneously more grim, gruesome and grand than anything Dark Descent had to offer, and far more central to the experience for me to able to tell you any more of it. Thankfully, there’s plenty to say about how it’s presented, and from the very onset, it’s clear that Machine for Pigs is a very different game from Dark Descent. Far less concerned with where its straightforward plot is going, or the obstacles it throws your way, it focuses instead on telling its dark tale, and showing off all its grotesque glory. 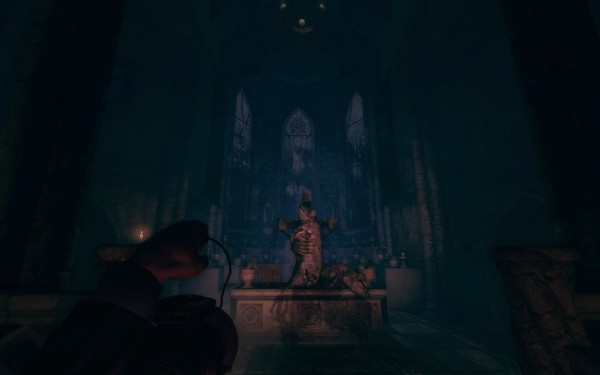 As such, its mechanics are a fair ways removed from the original, in that many have been simplified and others have simply been removed. For starters, it does away with much of what gave Dark Descent its uniquely tactile feeling; despite being littered with objects, tools and boxes, there’s hardly anything in the game you can interact with that’s not a chair or directly related to a puzzle.

On top of that, the puzzles themselves have been boiled down to the barest of essentials, and often require nothing more than flipping a switch or looking down to pick up whatever’s in front of you and slotting it in. The insanity mechanic is also notably absent, though that makes a little more sense since Mandus seems a fair way removed from sanity to begin with, despite his lack of useful memories.

Oil and tinderboxes are outright gone, along with the inventory as a whole, and with them went any need to scrounge around every nook and cranny or even to conserve what precious light sources you have. Instead, your lantern now works all the time, if rather pathetically, and there’s never any reason to turn it off. And you’ll need it too, because despite some rooms having numerous light sources, nothing ever even approaches being well lit. 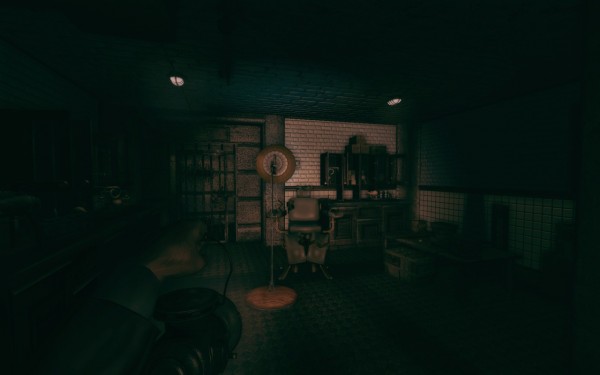 The next big departure lies with the range of the environments you’ll be seeing; from a Victorian mansion and creepy Gothic church, all the way to the streets of London and the inner workings of an industrial slaughterhouse. They’re both bigger and bolder, and the added variety means you never really have too much time to get bored of one until you stumble into another.

It is unfortunate, however, that much of their vibrancy is utterly lost due to the incredibly poor decision of overlaying everything with a strong blue color-filter. I imagine this was done to make things more dark and foreboding, but all it did for me was make things more blue and indistinct. Despite that, at no point in the game is the atmosphere anything less than oppressive and uneasy, thanks primarily to the stellar sound design.

Around every corner is a wealth of new noises that do a wonderful job of drumming up your paranoia, and music that just doesn’t let you rest. Every crank you turn will be punctuated with an appropriate metallic groan, and more than likely, the echoes of something sinister moving off in the distance. Funnily enough though, the game does such a good job of making you weary of that elusive yet ever-looming threat that when you actually encounter one of the few instances of danger, you might not even notice at first. 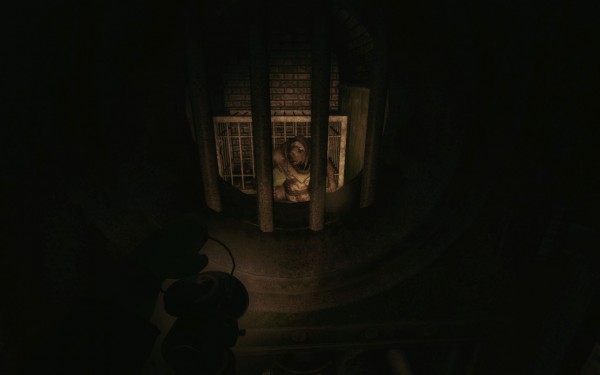 A great example of this was my first run-in with Pigsy, whom I had named myself, before you doubt the creativity of the writers. After catching many a glance of him, and possibly seeing a few hallucinations as well, I found myself staring Pigsy in the face, in a dark, blue room full of cages and gore. Now, Pigsy is basically just a guy with a pig’s head, and standing there, my dim lantern light giving me a nice look of him, I was neither startled by his presence nor fearful for my safety. After all, I was too busy worrying about what might be looming somewhere in the blue darkness.

A couple of pork chops to the face quickly elucidated matters for me, but not without leaving me somewhat confused. So here was the monster lurking in the dark, and yet it had entirely failed to elicit any sort of response. This clearly wasn’t what I was afraid of, but then, just what was? As I trudged on, ignoring Pigsy and his cries for attention, I found a few more scribbled notes lying about, notes that spoke of the twisted events that had led up to the current state of affairs.

It was at that point that I realized exactly what kind of horror a Machine for Pigs was going for, and indeed, the rest of the game not only followed suit, but now made a lot more sense. The following 5 hours or so were filled with varying levels of dread and disgust at the ever increasing atrocities I was uncovering in my trek deeper into the belly of the beast; my need to resolve and discover firmly trampled under the ever mounting horror of these new depths of cruelty and madness. 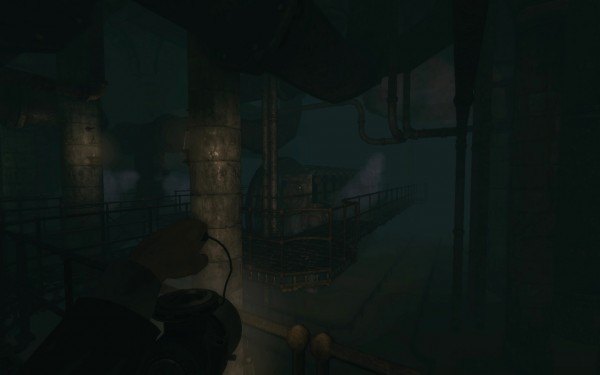 As the story neared its conclusion, things seemed to have reached a fevered pitch, with the game picking up the pace and throwing a few fun twists your way, before ultimately wrapping up with some of its most revolting scenery yet. And although the ending was entirely fitting, I can’t say it was very satisfying, as the whole story never quite managed to rise above feeling like horror for horror’s sake.

Thus I was left with the feeling of having completed an experience more than a game, one more akin to a morbid thrill ride than anything resembling survival horror. Which, if I’m honest, is really not what I was hoping to get out of a sequel to the original Amnesia. Despite that, the scares and atmosphere are certainly there, and the tone and context both stay consistently excellent throughout, so I’m sure quite a few people will like it regardless.

There’s just one final thing that’s bothering me though; what’s with all the pig masks?