When it comes to first person games, they are almost universally of the FPS persuasion. Even the ones that are not about shooting people in the face often involve some other form of shooting, oddly enough. And while all that shooting can be fun, and Dishonored certainly had its fair share, it was all the stabbing that really stood out. You’d stab dudes in the faces, slit throats, shank the odd bastard in the back, you name it, odds are you could stab it. I’d like to refer to it as a first person stabber but that’d still just make it an FPS.

Thankfully, the devs behind Dishonored feel my pain, and quite possibly the pain of all my stabbing victims, and are giving me more of what I want, in the form of the new “The Knife of Dunwall” DLC pack. This time around you’ll be steering the steady hand of Daud, who should be familiar to you if you played through the game already, as he makes his way across Dunwall, stabbing people for answers. I hear that gets good results. 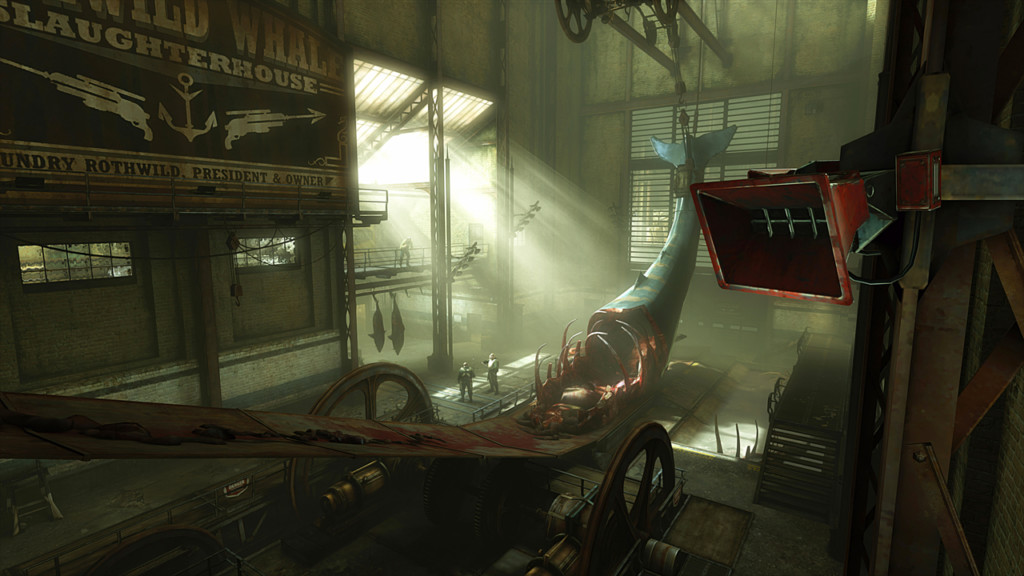 Daud’s also packing a totally customized arsenal of weapons and unique powers, to give your stabbing some flair and variety. Whether it’s his variation on ‘Blink’, his personal concoction of Chokedust that dazes enemies, or his Wristbow that fires a variety of darts, you’ll hardly ever find yourself wanting for a creative way to set up a stab.

Your approach to stabbing will also largely influence your moral slant, and how the world treats you along with it. And while you’ll be revisiting some familiar areas like the Flooded District, expect to spend most of your time stabbing in previously unexplored areas of Dunwall. I hear the Rothwild Slaughterhouse, a lovely little establishment full of rotting whale carcasses and rotting whale butchers, makes for a great day trip / stabbing spree.

You can, barring any unexpected stabbings, for the usual price of around $10, give or take a European twist. I know quite a few people loved Dishonored, but didn’t feel like it did quite enough, so it’ll be interesting to see where this DLC takes things.