Rezzed and Expo’s in General – Behind The Scenes

I like the idea of transparency. Without you guys supporting us. We’d be able to do none of this, and that’s why the more I think about what we’re doing, the more I want to share with you. There are of course some things that we just won’t ever be able to share with you, or that we will need to keep quiet, I’m sure you understand that. But for the most part, if we can tell you. We will.

With that in mind, I’d like to tell you a bit more about Rezzed, how we achieved some of the things you have to look forward to, and just overall how the experience went as it was our very first Expo. Rezzed was hosted down in Brighton over two days (The 6th and 7th of July) by Eurogamer and Rock, Paper, Shotgun. Booking tickets happened more than a month in advance, we snapped them up as soon as we could and then worked trying to get press passes. We were thankful when we received e-mails back from Eurogamer saying that our press passes had been confirmed, this to me was a big deal. At the event, the colour of your wrist band didn’t affect too much, but I believe this was due to the size of Rezzed, don’t get me wrong, the place was PACKED with games, but there was no press area like there will be at Eurogamer.

The thing that helped get us recognized in my opinion, was professionalism, we sent out e-mails a few weeks before the event, to book interview slots with developers or PR agencies just to try and get some time with them for an interview. Appearance and attitude matter so much at something like this, you need to present yourself the right way and understand that everyone is going to be busy, be thankful for their time.

We left Luton at 5am on Friday, and arrived in Brighton for 8am. The reason for leaving that early was to avoid rush hour traffic. If we had of left even an hour later, we would have hit London traffic and wouldn’t have been in Brighton for hours longer. Arriving at 8am gave us time to find somewhere to park the car and get organized. We managed to find somewhere to sit down, and relax before the chaos started.

The doors to the floor opened at 10am, and I have to admit, I had butterflies in my stomach, this was it. The weeks of preparation, sorting out times for interviews, getting all the hardware we needed, everything had led up to this moment, and it was finally here. And there was no way to describe that feeling when you first step on to the show floor, it does have to be experienced at least once. The first thing we did (and I recommend doing this), was head around the floor and make a mental map of where everything was. This makes it easier when you’re rushing around, whether to find friends, regroup or because you have an interview. That game you’ve been dying to play, isn’t going anywhere, you’ll be able to get your hands on it don’t worry.

Our very first interview was with Nyamyam, the guys behind Tengami. And was nerve racking. The only advice I can give when you’re about to do your first interview is just do it. Jump in with both feet and enjoy every single second. If something goes wrong, go with it, just do your best. No one out there is perfect and nails everything perfectly. Even pros make mistakes. The more interviews you do, the more comfortable you’ll get in front of the camera.

Something else to remember, when you’re walking around the floor, is that Developers, Expo Staff, everyone there, is just like you. A gamer. They enjoy watching people play the games, playing themselves and just talking about games. More than once we ended up just chatting to developers after we’d finished an interview, talking about things ranging from Alice: Madness Returns, to Warhammer Online. Just be respectful, Expo’s are busy places, everyone always has somewhere to be, if they’re willing to hang out and chat with you for a few minutes or if they’re willing to take time to give you an interview, remember to say thanks, they’re human after all, not just some sort of AI that was powered up just to stand at a booth for 2 days. 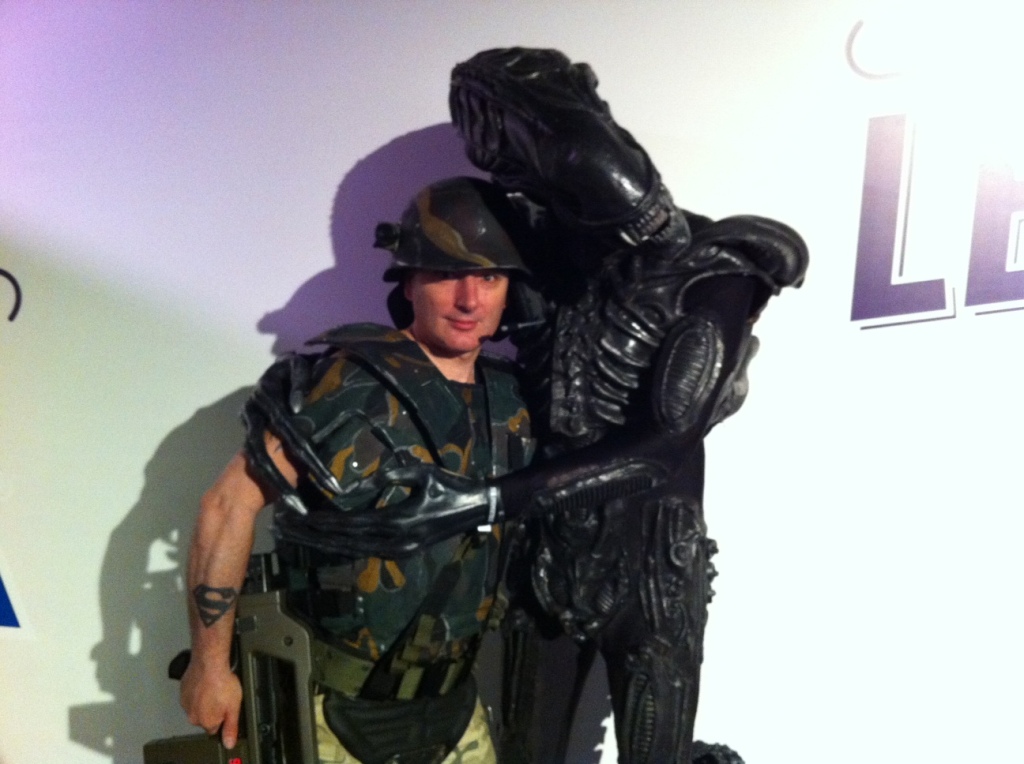 It’s also very draining. Being on your feet for 2 days, talking, it takes it out of you. You’re constantly buzzing, no matter what your role is. We finished up one of our interviews at a booth and the guys there started talking about Strepsils, they’d been talking to fans and giving interviews solidly all day, and were starting to feel the effects. We managed to help them out and went and grabbed them a pack as we had a small window of free time. To which their response that we were simply “Gods among men.” So just be respectful of that, it really does take way more work than you think.

When it comes to the interviews we managed to get, a lot of them were pre-booked by contacting the right people, some of them were set up on the day by finding the right person, and some of them were blind luck. The two that fall in to this last category are Peter Molyneux and Paul Wedgewood. Both guys were giving Dev sessions at Rezzed, after they ended I made a B-Line right for the stage, and kindly asked them if they had 5 minutes of time just to answer a few questions. They were gracious enough to say yes. They could have just as easily said no, and it would have been an acceptable answer, they were very busy. 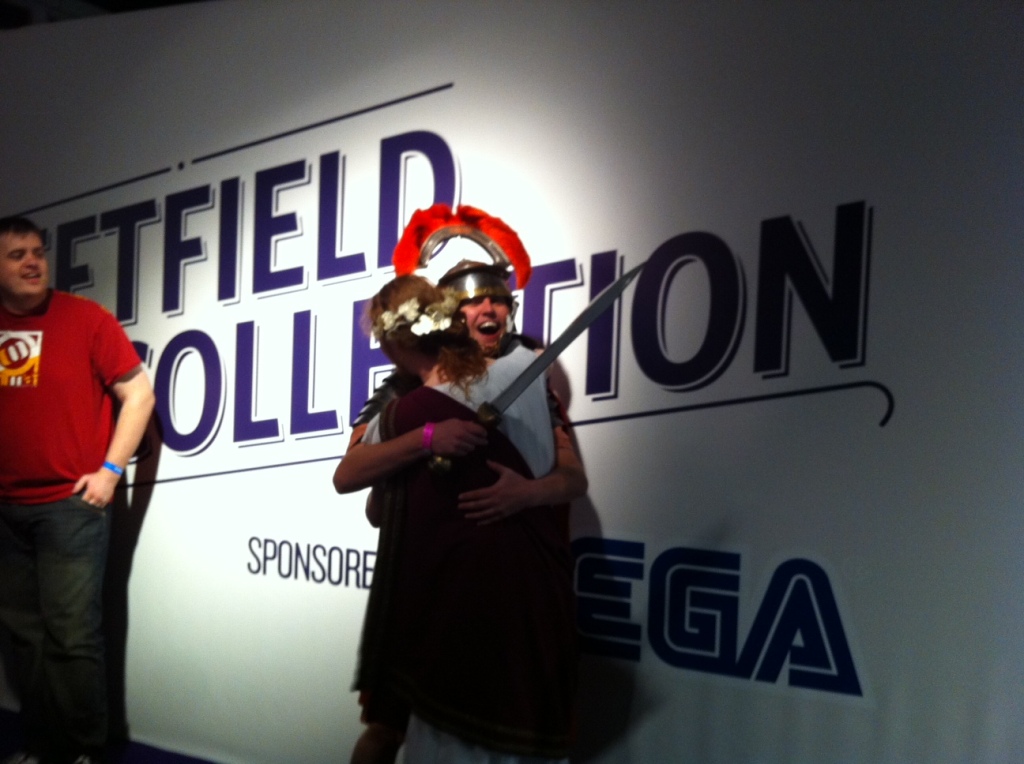 Togas are actually heavier than you think.

This brings me on to the most important advice or piece of information I can give you. Everybody lies. 5 minutes is never 5 minutes. Ever. I asked Peter Molyneux for 5 minutes of his time, the interview ran for 15 minutes. The reason for this is simple. Passion. Everybody is so passionate about everything, if you get them talking, they will talk. That needs to be kept in mind when planning schedules and times, if you plan a 15 minute interview, make sure you leave 30-40 minutes rather than 20. We booked our sessions at 30 minutes each, but still ran over once or twice, just simply because people love to talk about the things they love. Just remember you will always never have enough time. Make sure you set up priorities. Games you definitely want to cover, games that you will cover if you have enough time.

Make sure you also know how you want to approach something like this. We went in to Rezzed with the intention of having no free time, no breaks, we managed to slip in one or two but we wanted to be busy and we were. This however is not for everyone, as I mentioned above, an Expo is extremely draining. Remember to leave yourself time enough to eat and rest, it will do you wonders. Oh! And also, make sure you have a decent pair of shoes/trainers! I say both of these things from experience, day 1 I was running on 2 hours sleep, powered by 5 doughnuts and a can of Mountain Dew. Day 2 was slightly better, but not by much. And both days were spent in a pair of 5yr old vans that have no shock absorption. I really don’t recommend trying to copy that. Eat, drink and rest. Let us do the crazy things.

Overall, Rezzed was fantastic, I take my hat off to the Eurogamer guys, especially Tom Champion who was running all over the place with a clipboard in hand making sure nothing exploded. I also want to thank all of the developers who were kind enough to let us take a look at their games and give us interviews. I would love to sit here and list off names, but there are just too many.

My last piece of advice to you, whether you’re going to an Expo as press, or as just a member of the public. Enjoy yourself, but remember to take it easy. Moderation is a wonderful thing, and so too are coats. Weather can change very easily, my soaked hoodie is testament to that <3. 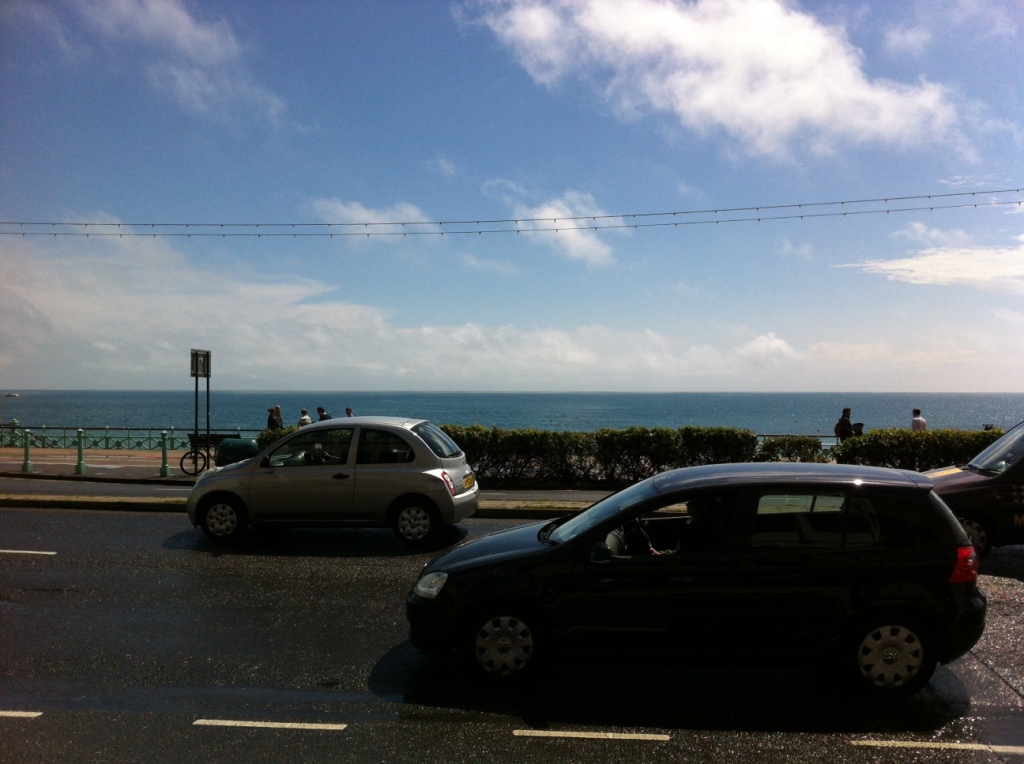 The 3 seconds of sun Brighton had all weekend.