Guns of Icarus Alliance is Cruising Along

Co-operative games are to me, a fickle beast. Their long term success is determined by how willing you are to work with complete strangers or how many friends you can regularly get together to play games with. When it comes to the more indie side of things it can be a real struggle to maintain a healthy and sizeable enough community that allows you to continue support of the game; which is why when it does happen a smile spreads across my face. Recently we were asked to take part in an online event for the airship flying, fire controlling, panic inducing co-op joy that is Guns of Icarus. If you don’t know what Guns of Icarus is, feel free to watch the below trailer from 2012 to educate yourself or refresh your memory.

Back? Ok. The event in question was to check out the upcoming expansion for Guns of Icarus: Alliance. Alliance brings to the table some interesting features, and if I’m honest looks to be quite ambitious. Dynamic world progression, new player progression, faction airships and an AI director are at the forefront of the features that they’re currently working.

During the event we were lucky enough to try out some of the new maps and airships, with a few of the developers and community guiding us to make sure that we didn’t just fly in to a cliff and explode (to be honest, this happened a few times even with their help). We didn’t capture any footage though, mainly due to the role played during the game (I spent the entire time making sure our fires were put out like a true support). After we were finished shooting and being shot at I was able to catch up with Howard Tsao from Muse Games, one of the developers working on GoI: Alliance. The first thing I wanted to ask about was the AI director. Muse are aiming to bring PvE game modes to Guns of Icarus and its persistent world, which means the AI director is at the core of this side of the game. Howard told me that Muse “…had to build an AI director with all it’s complex logics that could also measure player tension as players are going through a mission and ensure that there’s constant variability in and between matches. We had to build from scratch AI flight models that would be both believable and fun at the same time”. Given the importance of the director it sounds like they’re really aiming to create something that feels right, but of course, only time will tell on that front. 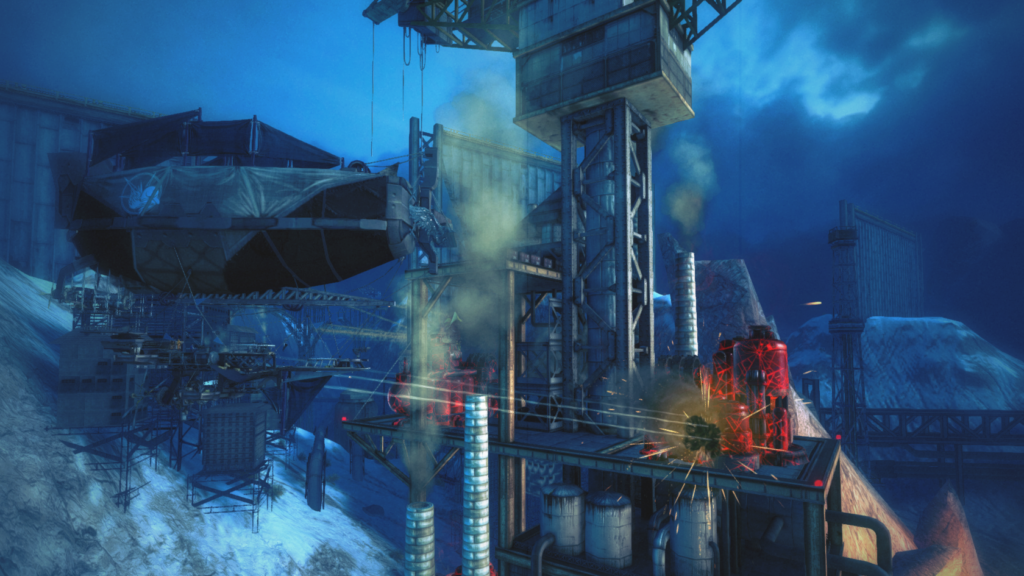 Plan A) Shoot them. Plan B) Don’t get shot.Guns of Icarus can be an intimidating beast, even with friends helping, each member of the crew has different jobs they need to focus on, and if you’re apprehensive about playing with randoms due to feeling lost, that’s understandable. I remember trying to get to grips with everything that was going on when I had my first game of GoI. With this in mind I was concerned about new players joining for Alliance and returning players being overwhelmed with information. Howard put my mind to ease immediately by telling me that not only were they working on a better intro, but also tutorials for each of the game modes to help players understand what they should be doing and what they should be avoiding, giving them information about the mechanics at play, and also improving the HUD and In-Match feedback so that players could easily have a more direct understanding of what to do.

Like I said at the beginning, co-operative games are a fickle beast. Their long term success is determined by how willing you are to work with complete strangers or how many friends you can regularly get together to play games with, and when it comes to Guns of Icarus that community is self-described as being “definitely indie”, but this is a good thing. During the event we were helped out by some of the more active community members and they were fantastic and friendly. When it comes to co-operative games, the larger the pool of players, the higher chance for… Unsavory types (look at Dota2 as a good example of this). When it comes to Guns of Icarus though, a community that sees a few hundred concurrent players a day, that has successfully completed not one but two KickStarters, it’s clear that if flying airships in to combat and dealing with engine fires is your thing, then not only do you have Guns of Icarus: Alliance on the horizon to look forward to, but a good community to be part of for the ride.