Xbox One and Done: Leaving the Gamers Out in the Dark

The “New” Xbox Reveal has just finished, and social networks are abuzz with opinions and arguments. If you missed it, you might think they announced game after game, showering you with delicious pixels and a wonderful story. I could spoil it for you and tell you the ending, but instead, strap yourself in while I paint you a picture.

Xbox One. The name encapsulates the concept that Microsoft are working with; one console, one platform, one single piece of technology that brings your living room together. The first part of the reveal was designed to show you how exactly this would be achieved. The key part of this concept would be your brand new Xbox One, giving you access to a multimedia center that responds when you need it to. TV, Movies, Games all available with simple voice commands, even though most of the TV features won’t be available outside of the US at launch. Selling you pretty well so far right? Let’s discuss numbers. 28 minutes, and 33 minutes and 42 seconds.

Maybe I should explain. 28 minutes in was when we got our first mention of games, nearly halfway in to the 60 minute reveal show. 33 Minutes and 42 seconds was when we saw our first game. I understand that Microsoft needed to take time to set the stage, they needed to tease. If foreplay is what you’re after then oh boy does Microsoft have you covered. 28 minutes of discussing how you can watch your TV through your Xbox, how you can check out movies, and use Windows 8 to give you a next-gen version of picture in picture. Teasing you for 28 minutes knowing that you want to see the games, and after 28 minutes the wait is over as Andrew Wilson takes the stage to give you what you’ve been waiting for… EA Sports. 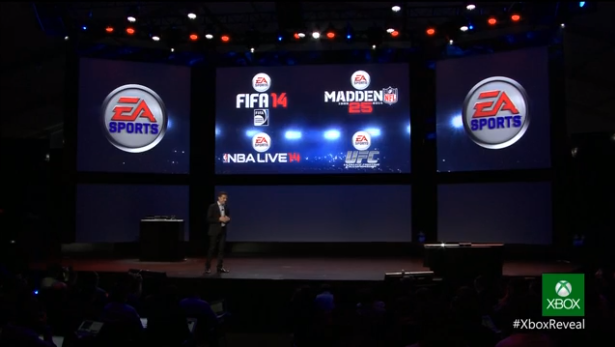 Those blue balling bastards. But it’s ok, the wait is over, we have news of new Fifa, Madden, NBA and UFC games, titles are sure to sate any gamers appetite. It was at this moment that a realization hit me; we had been abandoned. The reality of what Microsoft was trying to achieve became clear. This was not a games console, as I mentioned above, it was a multimedia center; the games were a part of this, but Microsoft was playing it safe. They wanted to create a reveal targeted at the average consumer, to cover their bases and appeal to as many people as they could, but they forgot one thing: those consumers don’t watch these types of reveals.

As the minutes rolled on, we were occasionally given moments of gaming, scraps off a dinner table. Scenes of Forza 5 danced across the screen in front of us, followed by Quantum Break, a new title from Remedy, and then to wrap the whole presentation in the most perfect bow, they closed with Call of Duty: Ghosts. Quantum Break looked good, however it needs to be understood that Quantum Break is being created to bring TV and gaming closer together; it’s an interactive movie with gaming sections. But Quantum Break took 1 minute and 13 seconds of the show, with no information other than the trailer being given.

It seems like Xbox either don’t understand how to utilize the base that the 360 gave them, or they just want more. Either way, it feels like they’re leaving gamers out in the dark. 5 minutes and 23 seconds of the show was games being shown off, out of a 60 minute reveal on a new console. Some could argue the reason for this is that we are just 20 days away from E3 and we can get all the delicious gaming news we want at E3. But again, I point out the fact that casual consumers aren’t going to watch an Xbox reveal. Between now and E3, gamers’ opinions will sour. Personally, the only reason I’ll tune into Xbox’s E3 showing is to see what exclusives they are going to offer, but after what we saw today, I don’t hold much hope. 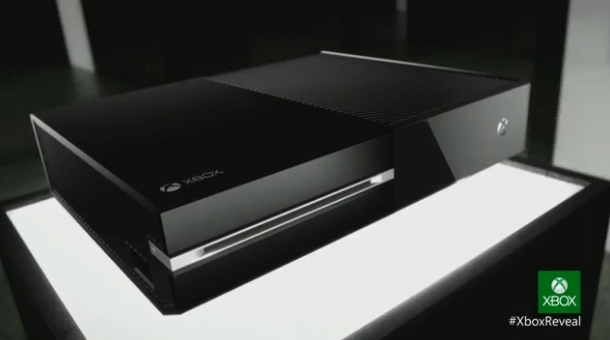 If you watched the reveal, you might be holding out hope on that one glorious sentence you heard halfway through, “15 exclusive games in the first year with 8 new franchises”. Sounds pretty promising doesn’t it? Don’t be fooled though, let’s consider the platform those 15 games are launching on. The Xbox One currently requires you to install all your games to its hard drive in order to play them. A single-layer Blu-ray disk comes with 25GBs space on it, and your brand new Xbox One comes with a 500GB Hard-drive. That means that if the game uses up the whole capacity of the disk, you’re looking at about 19 games you can have installed at any one time, if you want to leave space for saves and updates. And if you want to delete one of those, you have the joy of re-installing and then updating it all over again to look forward to.

It’s disappointing. I went in to this reveal unsure of which side of the next great console war I was going to land on, unsure who my grandchildren would be calling friend and foe. but now things are less murky. With very little discussion of games, and what they did show being of no surprise to anyone, Microsoft seem to have squandered the gifts given unto them by the 360, and unless they have a Hail Mary planned for E3, or Sony do something stupid, I don’t see Microsoft winning this time.

Oh, and the Xbox One comes with a brand new Kinect. Because the last one worked out so well, right guys?