Opinion: On an Hour of Beatbuddy

Picture this; it’s August 6th, it’s scorching hot outside, and you’re chilling indoors, with the AC set to Antarctica. You’ve got a tall, cool drink on your table, and you’ve just installed this neat little game called Beatbuddy that you heard of a few days ago. Apparently it’s a music-based puzzle adventure game, with a little blue blob called Beat as a protagonist. You turn off the music you were just listening to, and load up the game for the first time. Skipping past the intros, you hit start, and blitz your way through the opening bit of story since you’re eager to get into it.

You are now a blue blob, floating in some sort of cavern full of water. A soft, regular thumping draws your attention eastward. It’s coming from a shinny bulbous creature called a bassdrum. You touch it, and it sends you shooting through the ceiling with a deep thump. But now you also hear a higher pitched drum off in the distance. It’s another critter, this one spitting bubbles that pop like a snare. You go through the bubbles, and hit a bassdrum, and then another set of bubbles, two, drum, bubbles, and run into a crab. The crab is a hi-hat, and you punch him to say hi. It’s then that you realize you’ve been making music, and that it fits perfectly with the tune that’s in the background, and it is glorious. 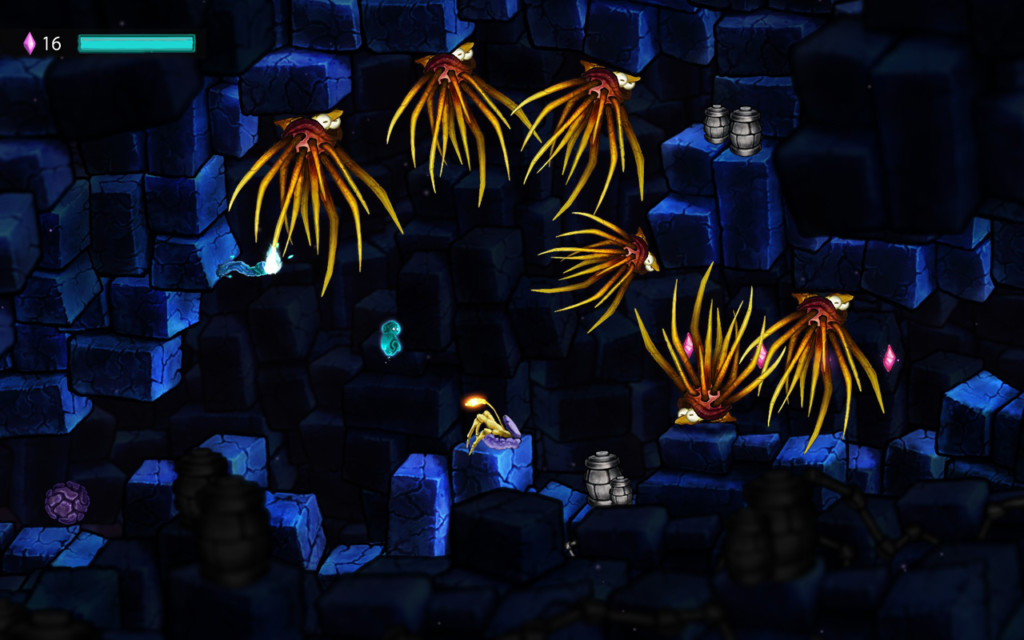 That right there is a pretty accurate description of my first experiences with Beatbuddy, aside from the fact that come August you’ll be playing the full version and I’ve only gotten to play the first couple of levels so far. And while two levels normally doesn’t amount to much, after a little over an hour’s worth of gameplay, I was thoroughly convinced that Beatbuddy is game that nails every aspect of what it sets out to do.

The premise is simple; things are going horribly wrong in the land of Symphonia, and it’s Beat’s job to set things right by solving puzzles and punching crabs. And on its own, the puzzling is fairly simple and straightforward, with Beat moving levers, flipping switches, breaking barricades, and navigating his way through tight places full of spikes.

What the game truly excels at is tying each of those otherwise simple game mechanics to music, and letting that music dictate the pace and flow of the game. You move to the beat, and the beat literally moves you around thanks to the bassdrums. You get through a stream of snare bubbles by timing your dash to the tune, and punctuating it with a thwack to the cymbals. Do everything right, and you’re rewarded not only with progress but stellar music as well.

Each level is themed around a specific song, with the music guiding you through the areas, setting the pace. You may find yourself in a large open area, devoid of other life, with only a distant beat to guide you forward, or inside a small room full of nasty critters spitting angry fire and low notes at you as the music picks up to rush you through. There’s also a fair amount of variety to the critters you run into, as well as Symphonia’s other vaguely-humanoid inhabitants, who Beat is supposedly protecting and/or saving.

Funny enough, despite all the weird creatures everywhere, it’s these other blobbies that end up feeling out of place. Sure they look kinda like Beat and they don’t have spikes, but all they do is either progress the story or deliver a gag, and that’s not making music. Moreover, whenever there’s a scene involving one, you have to click your way through one line of dialogue after the other, and in a game that flows so fantastically well otherwise, that just serves to interrupt my tunes.

Still, the story behind the game seems interesting enough from the brief glimpse I’ve gotten so far, and I’m sure most people will quite like its goofy charm. Sadly, getting to see the whole story was a bit of a chore, due to having to restart the second level 3 times due to bugs. I hate having to bring that up, but it bears mentioning since each level takes at least half an hour to play through, and the bugs nuke your checkpoint as well. There’s plenty of time for the THR3AKS devs to fix that before release though, so I’d expect smooth sailing come August. 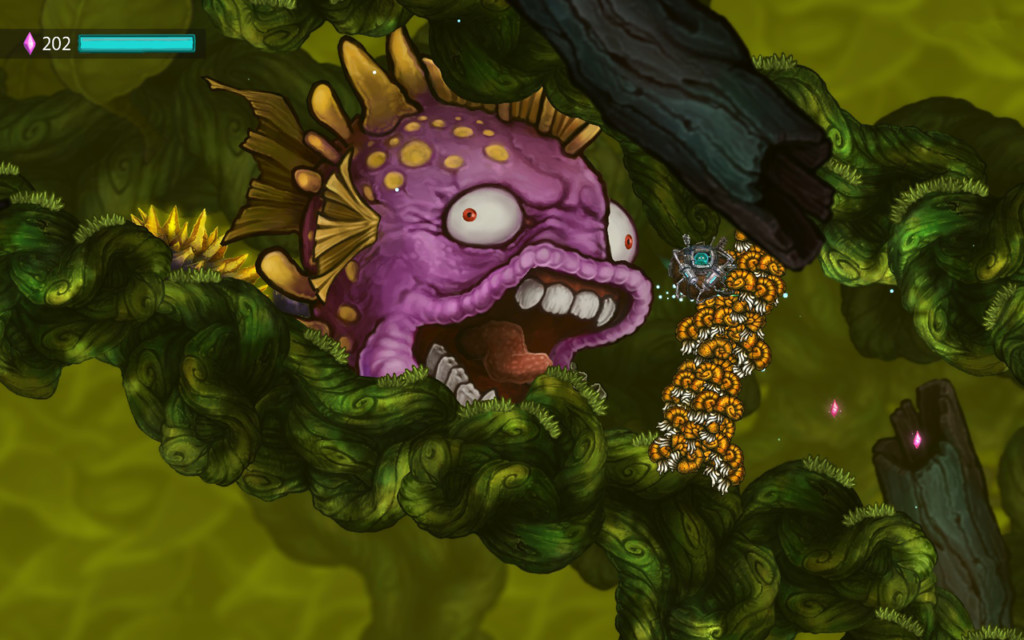 So there you have it; where most other music-based games seem to struggle, Beatbuddy excels. It’s mechanics are how you make music, and in making music you progress through the puzzles and the story. And because both the mechanics and the music are awesome, it’s so easy to get lost in the moment and just have a blast playing around with Beat. It also helps that I’m a huge fan of electroswing, but even so, due to how everything is put together, I’m sure the music in the game will appeal to pretty much everyone who gives it a shot. So yes, this is one game I can’t wait to play come August, and until then, I heartily recommend taking a look at Dave’s interview with the THR3AKS devs over at Rezzed, or having a look at his first glance video for hilarious failure and more details on the gameplay. Play that funky music blob-boy.