A Look at Anomaly 2

The year is 2034, and the Earth is cold. All attempts to wipe out the Anomaly have failed, and humanity has been reduced to mere scattered remnants. The machines rule over the frozen remains of human civilization, and the only real anomaly here is that there are any people still left alive. Will you be able to help Lieutenant Lynx gather what surviving forces he can and bring an end to the cold tyranny of the machines, or will you fail miserably because you forgot to plan around that Scorcher that just melted half your convoy?

Anomaly: Warzone Earth landed in 2011 and was one of the rare examples of reverse Tower Defense done right. It may not have had much of a story to work with, but the gameplay was always the core of the experience with Anomaly, and that very much remains true with Anomaly 2. Thanks to the lovely people at 11 bit Studios, I’ve had a chance to get my hands on a preview build of the game, to get a taste of all the fancy new stuff that we can expect from it on release.

For starters, the philosophy behind Anomaly 2 is quite clearly of an evolutionary nature, with most of the core gameplay being expanded on, along with a fair bit more polish added on top. One of the things that really stood out during my time with it was just how familiar and yet somehow more refined everything felt. Well, aside from the story, but do you really need a deep plot to have a reason for saving the world from the cold death-grip of an alien machine race? Didn’t think so. 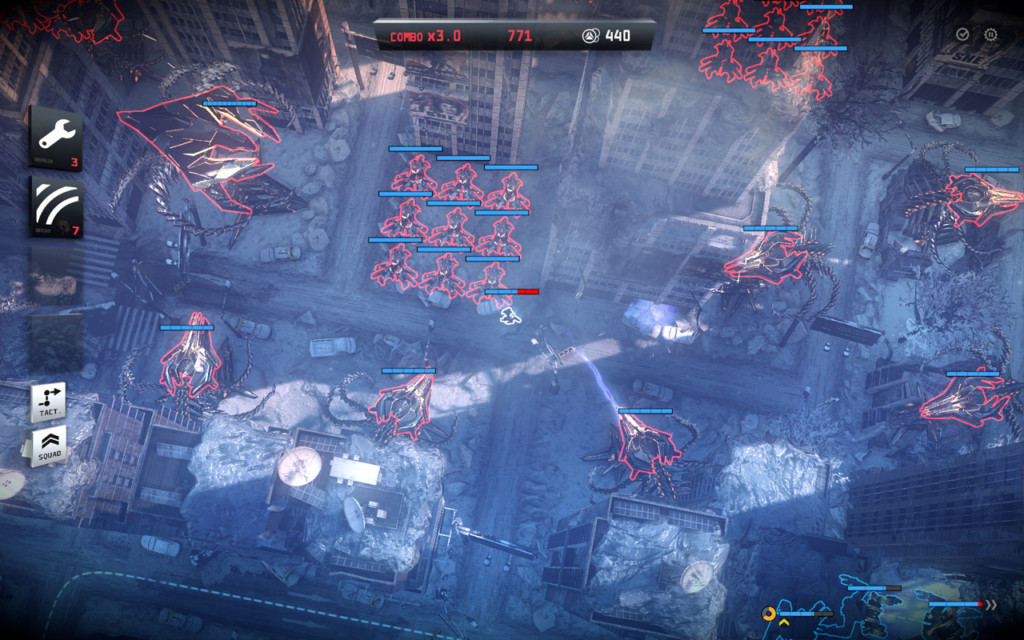 One of the first new concepts that you’ll have to wrap your head around is the fact that every vehicle in your convoy can now morph into an alternate form, often suited to a vastly different role. This extra variety will tend to influence your choice of route during missions, and it allows the game to throw more curve balls your way. A particularly insidious mission saw me taking my long-range Hammer units down a long, empty road so they could snipe some turrets in the distance, only to have a whole mess of hostiles pop up out of the ground in front of my convoy, forcing me to frantically morph all my guys to close-range rocket mechs.

Your troops aren’t the only ones with new tricks though, as the mechanical baddies have had plenty of time to fiddle with their turrets, and have come up with some decidedly deadly defenses. Scorcher turrets make a comeback for example, and can now fry your guys either in a line or a wide area, but are slow to change between the two modes. Exploiting these weaknesses, and maneuvering your troops into a position where their various modes can shine is key to making it to the end of a level in one piece. 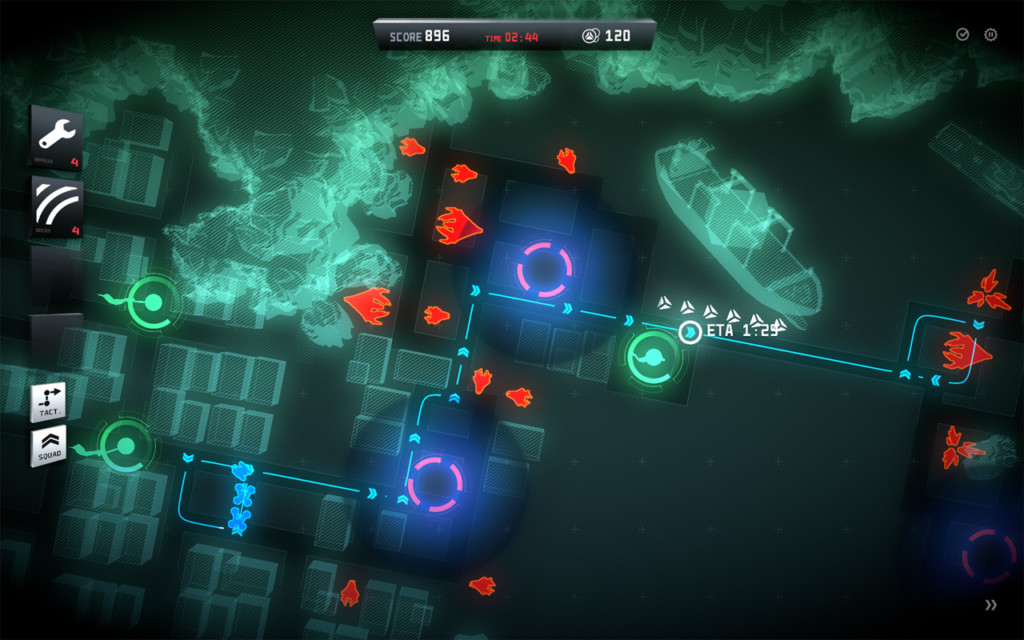 Things are never quite that simple of course, but worry not, as your commander still has access to his versatile bag of tricks. Depending on your difficulty of choice, you’ll either be throwing his deployables down to brute force your way past the enemy hordes, or to cover your butt when your carefully laid plans inevitably fall apart. All of these new toys and mechanics mean that you’ll have to be a lot more hands-on with your convoy, and that your time with the campaign will be a lot more varied, and quite a bit more visceral than the original, which is very much welcome.

However, 11 bit aren’t ones to sit on a good idea without seeing what else they can do with it, and this time around, you’ll have the opportunity to pit your strategy and tactics against other people, in a brand new multiplayer mode. This mode sees one player taking control of the heartless machines in a bid to eviscerate all the humans, as his opponent attempts to complete all of the objectives on the map before the alien onslaught can overwhelm him. While I didn’t have the opportunity to try the multiplayer in my time with the game, the devs did throw together this handy video of a commentated match that should give you a feel for it.

Between the singleplayer campaign, and the frantic multiplayer that looks like it could be hella fun, there’s a lot on offer here, all for the rather low price of $15. What’s more, if you order before it launches on May 15th, not only will you get be getting 10% off, but you’ll also get another copy of the game to hand out to a friend. I don’t know what it is about the guys at 11 bit, but they seem determined to show the world how to do preorders right, and that’s something I can get behind.