Our motto is “Spread the <3”. And it’s something that I’m a firm believer in. The concept of pay it forward is one that I’ve always tried to live by in life and it’s one of the core principles I’ve put in to LThan3.

The first contest I ever ran was a long time ago now. I started giving away games during the Steam Summer/Winter sales, and it seemed to catch on really quickly, because honestly who doesn’t love free games! But it’s something I like doing, there are gamers out there who just aren’t able to buy every release the moment it hits shelves, there are gamers who’s parents don’t want them gaming because they believe it’s anti-social or can’t afford to buy them the games they want.

Sometimes real life gets in the way of gaming, so you take what opportunities you can to either play games on your own or with the people you care about. Our most recent competition and our site launching competition was the Diablo 3 giveaway. We announced at the time that we were giving away 1x Diablo 3, however we might give away more, because all 3 of us guys are suckers when it comes to doing competitions and picking a winner. We can never narrow it down to one clear winner. But this time around we managed to (sort of) make up our minds.

Our winners on-line handle is Snorlaxx, otherwise known as Jaime. Jaime drew the amazing banner you see below. 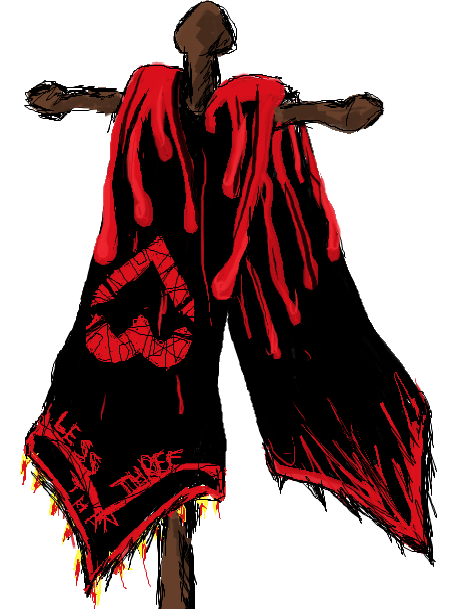 Jaime first got in to gaming as a kid, being lucky enough to have a gaming father who still games and is apparently rather deadly in BF3. Jaime spent hours playing games like Kingdom Hearts, Pokemon and Harvest moon growing up. In 2006 while playing WoW, she ran in to Sean, they ended up farming mobs together, running instances and generally having an awesome time. In 2011, they got engaged, and not too long afterwards found out they had a baby on the way too.

Any gamer that’s had children will tell you things change, of course they do, you have another life to look after. Eventually you might be able to find a pattern that works for you. For Jaime and Sean, they have 2 months left before things change and they have another mouth to feed and care for. Until then they’re saving money, tightening the purse strings and trying to find those rare moments when they can sit down and game together.

When I gave Jaime her code earlier today, she was ecstatic and instantly launched in to telling me about how her and Sean had both loved the beta, and that they were using guest passes so they could play together. Now that they finally had a copy of the game, they could sit down together and work out the perfect class for each of them. Jaime was thinking of trying out the Demon Hunter and Sean had enjoyed the Witch Doctor when playing together.

This made all of us at LThan3 smile, not only because we love hearing about the people that win our competitions, but also because it’s awesome hearing even just a few moments of another gamers life, seeing how they experienced games, seeing if they felt the same way you do. With that in mind and with Jaime and Sean in all of our  heads, I disappeared for the day, after discussing with the others for a while, I reappeared a few hours later with a surprise for them both. A second copy of Diablo 3 for them, so they could both play it together.

We decided to Spread the <3.