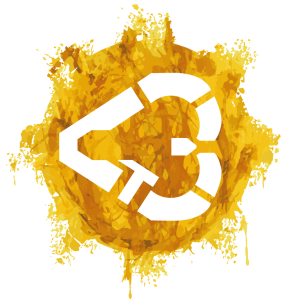 I’ve always had a bit of a soft spot for military games but World of Tanks and World of Warplanes never managed to hold my attention for very long. Having played both during development and after release, I found that they were enjoyable games, but not quite my cup of tea. At Gamescom this year I had a chance to get hands on with World of Warships, Wargaming’s latest project, and what I saw left me hopeful.

The first thing I noticed when the game loaded up was the sheer scale of the map, having guns that are capable of lobbing shells to a range of nearly forty miles means the maps themselves need to be large enough to accommodate such battles, the play area I got to toy with was in the order of one hundred square miles. While this may seem daunting as first, let me assure you, there were only a few moments when I wasn’t at risk of catching a shell with my face, and those were mostly when I was in danger of beaching my ship (which I can proudly say I only did twice). Getting to try out a few very different classes of ship, I was told that the US and Japanese were the first nations’ to be focussed on (to the tune of seventy five different ships), with more coming after release.

The ships themselves felt reassuringly hefty, responding to commands with the weight and momentum you’d expect from a chunk of engineered metal weighing in at over two thousand tons. While you’re not going to be stopping on a dime, trying to put warheads on foreheads isn’t an easy job either. The realistic physics and travel time of projectiles combined with the motion of my own and the target ship make merely hitting another floating fortress a non-trivial task. That’s before we even consider the location of the sought after hit having varying effects, as you’d expect from Wargaming’s detailed damage modelling used in previous titles. The turrets themselves have a sensible mass to them and take time to line up with my aim-point, adding further skill to selecting (and attempting to sink) a target.

To deepen the level of control over the damage I inflicted, I had available to me various ammunition types, each with different characteristics. The harder hitting shells have sharper arcs, for example, making scoring those prized strikes harder to accomplish. Actually hitting my target felt rewarding, no matter which ammo type I opted to throw at it. Add to this the ability of some of the smaller vessels to launch aircraft to aid me in spotting and ranging targets as well as defending myself, the game really isn’t as simple as it may appear at first glance.

To make things a little easier on me, I found I could utilize the ship’s optics to zoom in on a distant target, whereupon I promptly got distracted from the ongoing battle raging around me by the level of detail in each and every ship. We’re talking individual rivets and rust lines to the wood grain on the ship’s deck. It’s really no wonder each ship can take up to nine months to accurately model and texture, the minutiae of each vessel making each stand out in their own way. Upon waking from my appreciation of the beauty before me, I realised my poor ship was ablaze and had to dispatch damage control teams to attempt to put out my floating bonfire before ammo caches exploded and committed my virtual sailors to an early, watery grave.

Flying explosives weren’t my only worry either, as it suddenly dawned on me what the increasingly rapid pinging resonating through the hull in time to cries of “TURN, TURN, TURN!” from the Wargaming staff was. Torpedoes are well modelled, nasty little things, launched from ships and torpedo bombers alike, and while they’re not impossible to avoid, the best defence seemed to be not to have them fired at you at all as a holing at the waterline is a quick way to find yourself a spectator, rather than a participant. This led me to realise I’d inadvertently sailed right up to an enemy aircraft carrier, which wasn’t overly pleased at my presence and had launched a wing of planes to drop yet more torpedoes into the water, much to my dismay. Thankfully carriers don’t have much in the way of deck mounted cannons, and at that range, even I couldn’t miss, unloading shell after shell into it’s flank while my allies’ turned the sky grey with flak in an attempt to down the ‘planes.

When the dust, shrapnel and the charred remains of my enemies had finally settled on the sea bed, I had time to reflect on the pace of the action. While the round seemed less frantic than Wargaming’s other offerings, with time to consider my next manoeuvre as well as my overall strategy, it certainly wasn’t anything less than frenetic when the munitions started flying. To veterans of World of Tanks or World of Warplanes the change in pace may at first seem jarring, but to ease this transition, Wargaming are considering the introduction of a “training” mode, pitting players against CPU controlled opponents to help players acclimatize to the differing style of play that World of Warships offers.

I’m rather pleased to find myself eager to get more time playing World of Warships, the slower, more strategic play appeals to me in a way World of Tanks and World of Warplanes can’t, by their very nature. It may indeed become a staple time eater, taking over from some of my ageing games catalogue. Unfortunately, like the rest of you, I’ll have to wait. World of Warships is planned for release sometime in 2015, they have no date even pencilled in, the staff firmly telling me “It’s done when it’s done, and not before”, which I have to admit, made me smile.