Gamescom: A story of German love.

I’d heard rumours beforehand that Gamescom was going to be very big, very loud and a lot more “business” based than other expo’s. I prepared myself in every way I could, and it was still not enough.

The preparation for Gamescom began later than it should have done. We (Frank and I, Fearless PR team HO!) began booking appointments in the later section of July, and in to the beginning of August, this meant that some of the larger companies we approached were already fully booked and simply didn’t have time for us. We started encountering something that was a new experience to myself, companies that we were approaching for interviews were asking us for more information regarding who we were, what demographics we try to appeal to and exactly how far our reach covers. For every company we approached a spotlight was being shone down upon us, checking our history, our sins and our successes to see if we were worthy of selecting one of their sacred appointment slots. And they were sacred, the amount of press outlets that clamour for an appointment slot, is something akin to having fresh water in an apocalyptic desert. Which each day that passed we sent out more e-mails and received more back, and with every day that slipped away, we filled more slots in our schedule.

By the time that Gamescom was upon us, we had just 3 slots left in our schedule. We were going to be busy, and these slots were designed to allow us to take the much needed breaks the human body requires, so as to not explode or go insane. Any sane person would have left those slots alone, they would have realized that working from 9am through til 8pm without a break isn’t a good idea. I think by now you guys are fully aware… I am not a sane person. 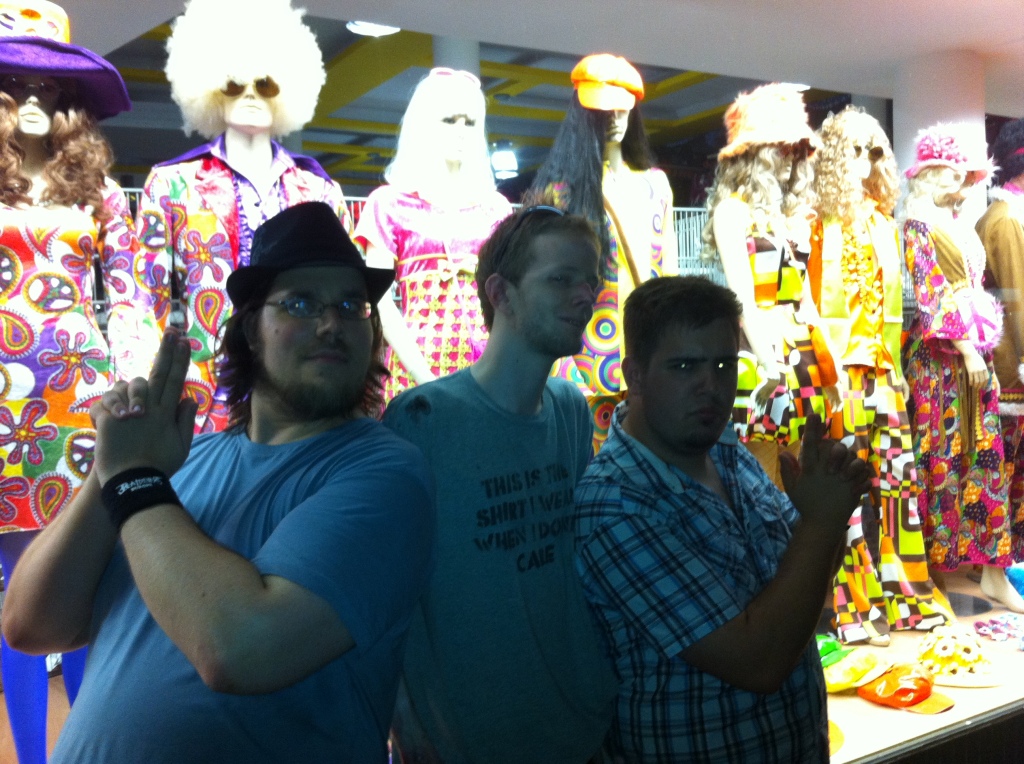 Who needs sanity when you have Angels?

Upon arrival at the mighty Com of Games on day the first, we had to firstly track down just exactly where our press passes were located, which ended up with an interesting moment between Frank and myself, discussing where we thought the “Press Accreditation” desks were when they were about 15 ft behind us, and we’d just missed them because we had been too busy discussing where exactly we thought they were. The second thing that happened was we had to explain to the lady working the Accreditation desk, the finer points of Dutch drivers license layout, as she thought that Franks name wasn’t actually his name. The next thing we had planned to do, was work out a floor plan for each of the floors and halls, so we could work out the fastest routes between areas. This was a cunning and ingenious plan that we had discussed in much detail the night before… Sadly, the plan fell on its face when we found a booth belonging to some of the guys we had encountered previously at Rezzed and decided to socialize for a while, this plan was quelled even more by the evil minds behind Gamescom by simply packing so much in to each of the halls and floors that we just couldn’t keep track of it all. Thankfully with our tickets came a catalogue listing the floor layouts, a golden manual to guide us through the darkened halls, leading us from appointment to appointment. As the days progressed we were able to learn the layout of the business floors, but the exhibition areas were a different matter. 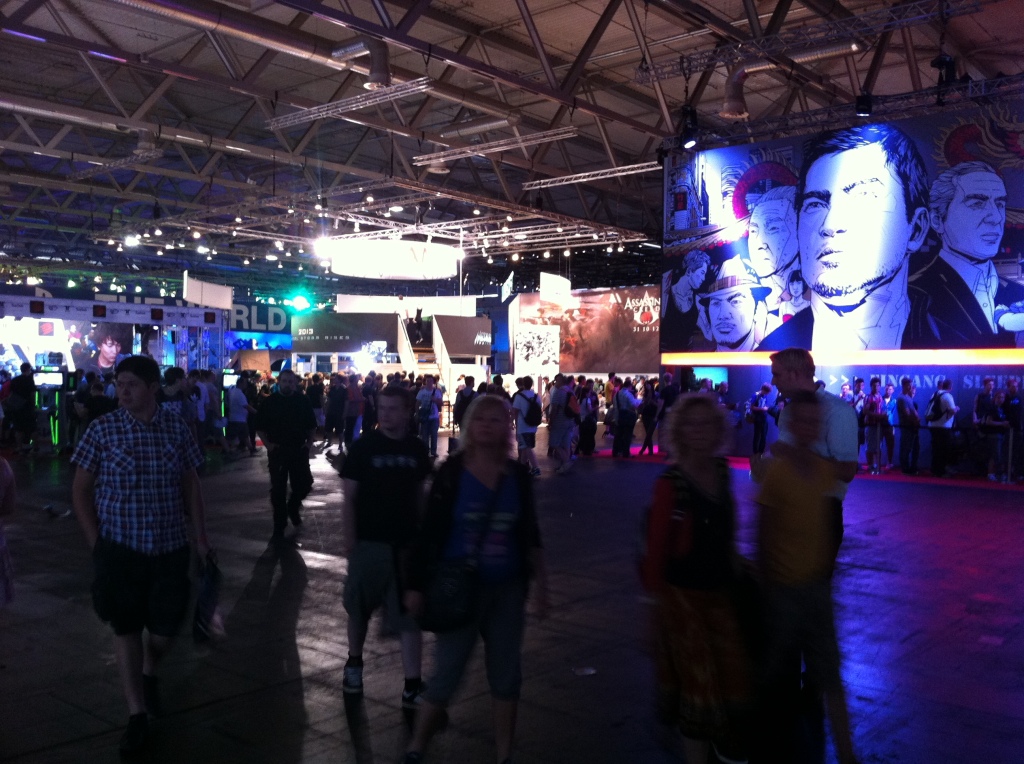 No no no, behind the OTHER Sleeping Dogs booth.

Our first three days were spent mainly in the business area, things were less crowded, quieter and interviews were able to be conducted at a normal decibel level. One of the things that struck me about the business area, was just how crazy some of the companies got when it came to the size of their booths and just exactly what they were fitting in to it. Some of the smallest booths were no more than an office room you’d expect to be escorted to when you misbehaved at school, a table awaited you holding leaflets and a laptop ready to show you the presentation they had planned.

At the other end of the spectrum, were areas so unbelievably huge that you would have expected the Cirque du Soleil to be the lunch time entertainment. Lunch! Speaking of lunch, do you remember how I mentioned I was stupid enough to book over our lunch breaks?

Well, it turns out some of the guys that were at Gamescom had apparently received the memo about how dense I was, as not only did they have drinks and snacks on hand to offer to the myriad of press that would come through there door, but some even went as far as having bars, waiters, chefs. They were doing everything to make sure that idiots like me, didn’t pass out from overworking while in their booth. 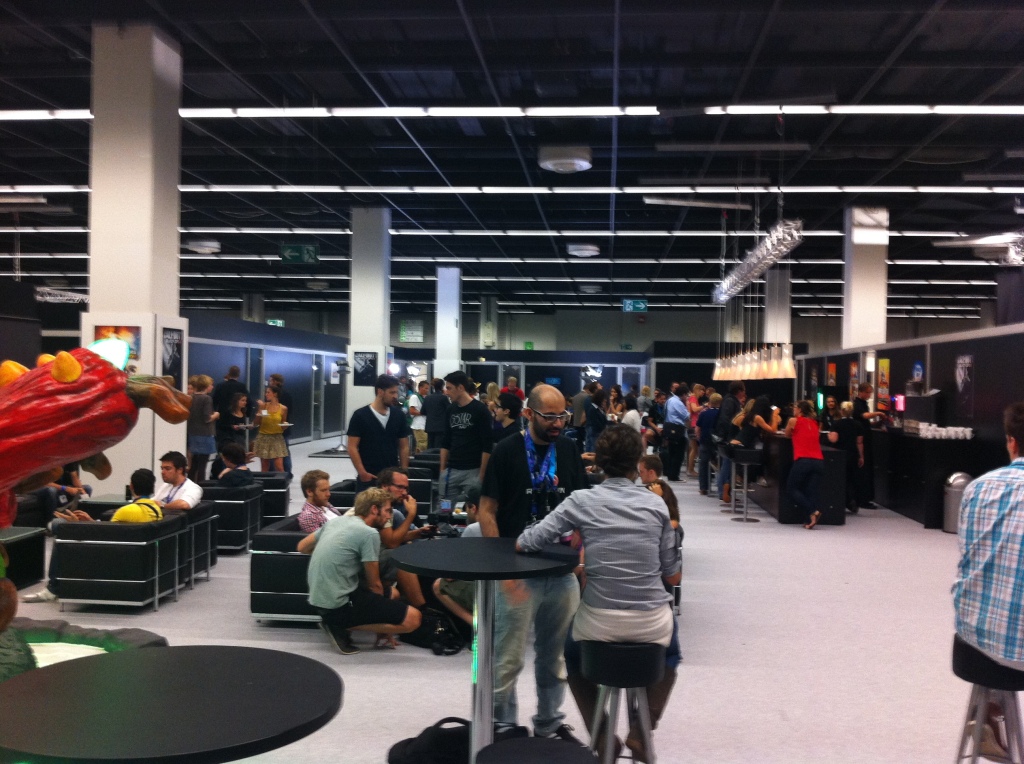 The appointments we had booked for the first 3 days worked differently depending on the game being shown, some were presentations followed by an interview, others were hands on game play with interviews attached in one way or another and some were just simply interviews on their own. We did learn that even if they ask you if you have any questions while they are doing the presentation, hold them all until the end anyway, as most of the time we ended up breaking the format of their presentation with the types of questions we were asking them; it was something akin to asking them to complete algebraic fractions while appearing on a gameshow.

The second point was more a reconfirmation of something we had discovered at Rezzed. which was if they tell you they can talk and play the game at the same time, most of them will still stop playing to answer your question, which leads to an awkward moment of trying to work out how to get them to continue playing without jabbing them in the side with a cattle prod to get their attention. The last issue we had when it came to the business area side of things, was that Samsung make some very nice monitors. Unfortunately they also make some very shiny monitors, which meant that for some of the footage we’ve captured, we have also successfully captured everything that’s going on behind us, which while interesting to watch if you’re in to voyeurism, doesn’t help when capturing gaming footage. 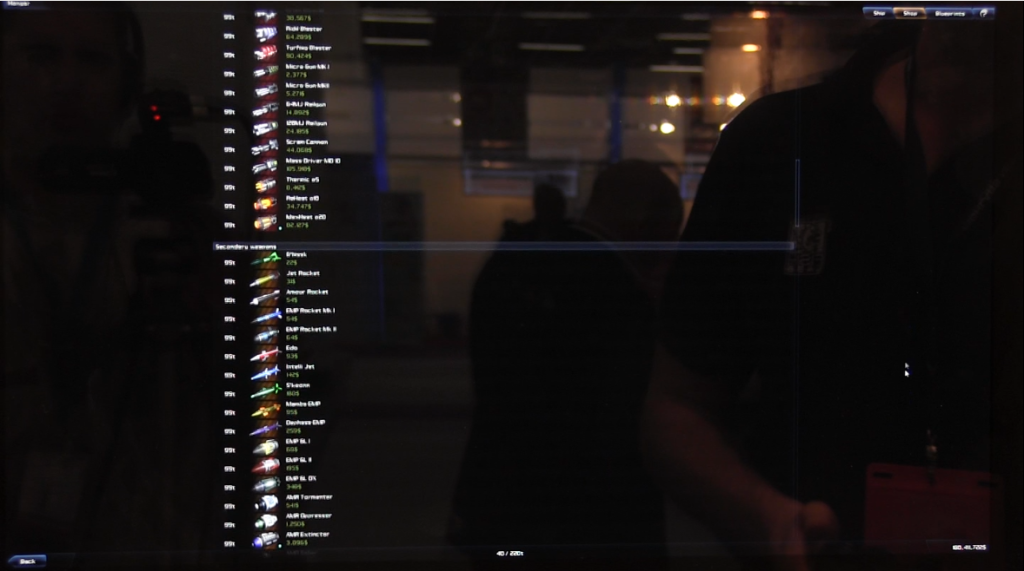 What do you mean you’ve never met me? I feel like we’ve known each other our whole lives!

With the end of Friday, inevitably came the dawn of Saturday and a whole new experience. Our time in the business area had ceased to be, and our time in the consumer area was just about to begin. The warnings that had been given were simply not enough to truly encapsulate the insanity that awaited us. The amount of human mass that was packed into each hall was mind boggling. The noise was so loud it was almost impossible to hear yourself think, and the queues were simply a sight to behold. If you weren’t in some of the queues within the first 30 minutes of the doors opening, chances are you wouldn’t get to see that game at all that day and might as well try your luck somewhere else. It wasn’t until this time, that we truly understood the power of the press pass for multiple reasons. Firstly it allowed us to walk through areas that consumers couldn’t, meaning that we could get from hall to hall quicker and it gave us a brief respite from the noise. Secondly when combined with the powerful mighty power of the power tripod… of power. It was an incredible tool for being able to not only skip queues, but get some interviews that we weren’t able to get on the business side and other interesting experiences. 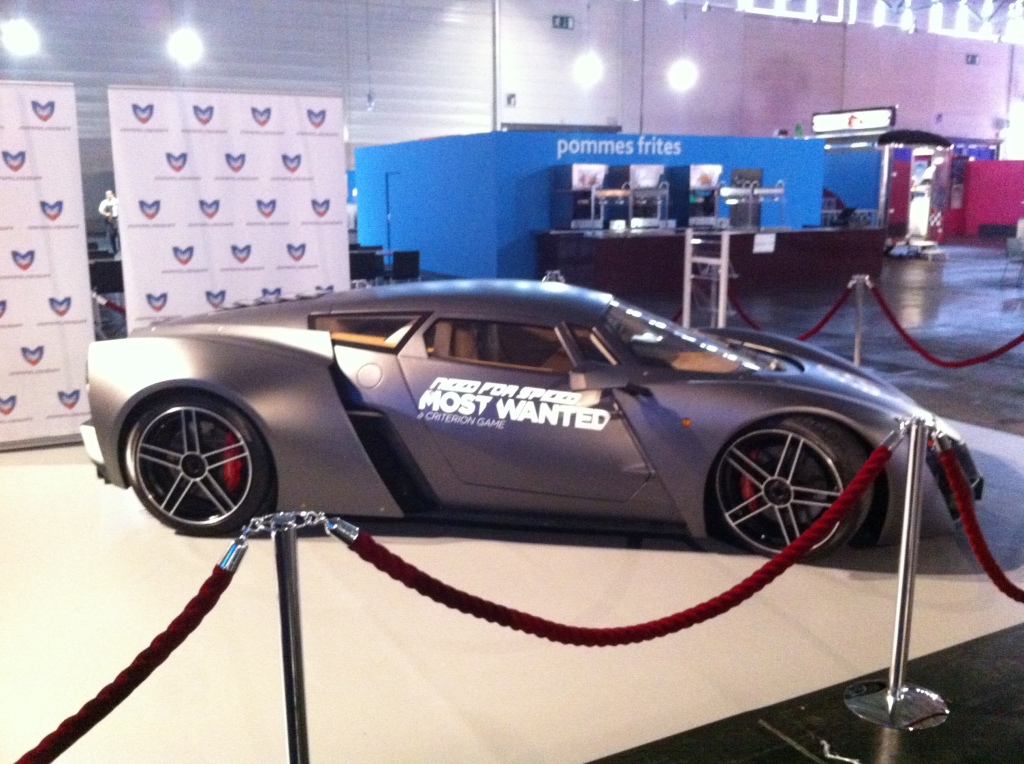 The exhibition side of things wasn’t just packed with booths that were towering monoliths trying to impress and inspire shock and awe though. It was also filled with cosplayers that were trying to do the same thing both hired and just random fans, showing off their devotion to their favourite games. These guys must not have had time to see many games but for a different reason. If they stopped, to take even one picture. A swarm of cameras appeared like a medieval plague, and thus would begin the 60 minute experience that was holding the same pose, while everybody took a photo. The crazier thing in my mind, was the dedication that some of the cosplayers were showing, when you think that it’s upwards of 35°C outside, and you then see people walking round in outfits like the one below, you have to wonder, how much of a battle between pride and crazy is it. 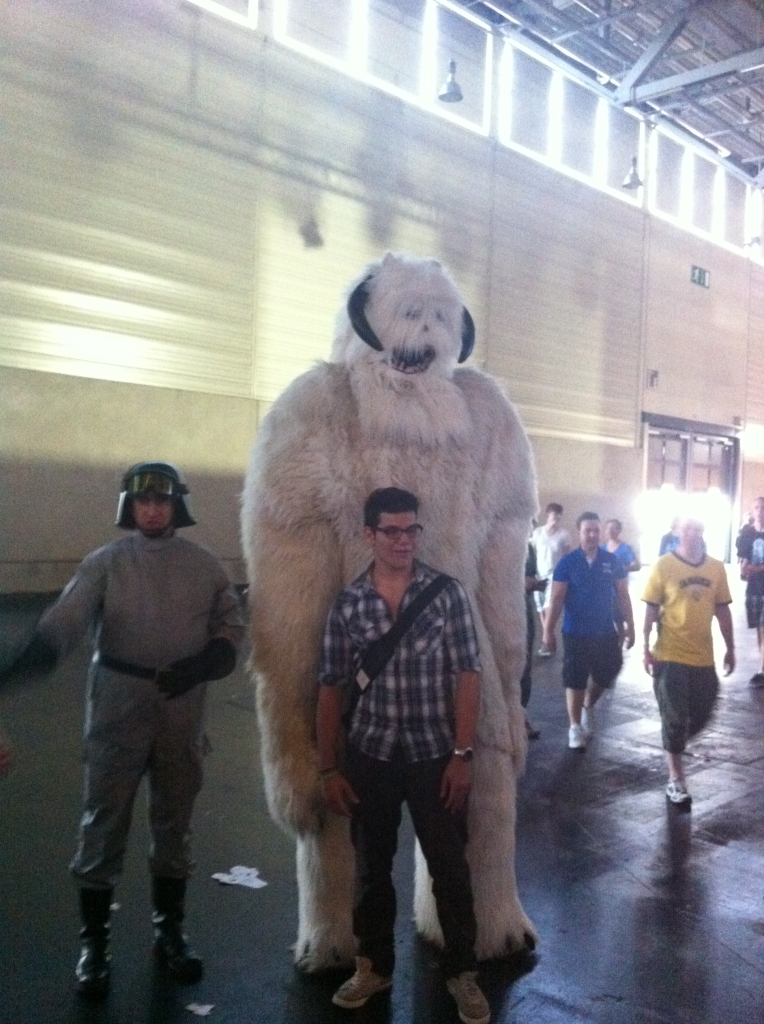 The whole Gamescom experience was amazing, except for one thing; most of the booths on the exhibition floor, were holding giveaways at regular intervals or other public shows. For a show the size of Gamescom, bringing in people from all over the world. I would have expected more of it to be in English. I understand that Gamescom is a German show, I understand that it’s growing more and more towards the multilingual aspect every year. but personally. If a company like Blizzard for example, are holding competitions and throwing giveaways at their Mists of Pandaria booth, and are doing them in German solely, to me personally, that feels like they’re doing something wrong. If it was multilingual, that would be understandable, but in just German? It even bemused some of the Germans we spoke to.

But what about the Games! In total, over the first three days we covered around 50 games, the time spent on the consumer floor saw us cover much less, but gave us valuable insight in to just exactly how different the two areas are, and also allowed us to connect with some games that we just simply didn’t have time for on the press side. The workload compared to Rezzed was intense, at Rezzed we covered about 20 titles in total over two days. At Gamescom we were covering close to that for three days running. Also, as a recommendation, either make sure you leave some free time to look at other games or leave some last minute appointment slots free to book interviews with games that you weren’t expecting. We had several games that we just weren’t expecting to cover, but are so glad we did manage to get time to take a look at them. 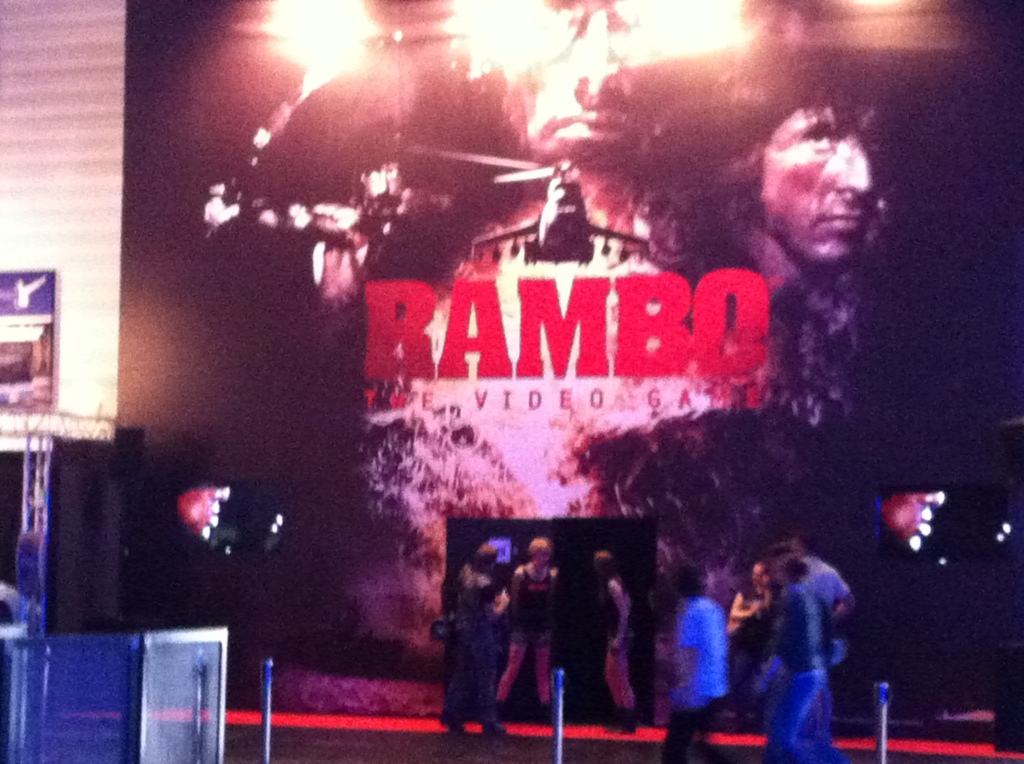 Just make sure to remember, that no matter how much you plan, no matter what you want to do, no amount of preparation you put in to the lead up to the event will protect you. You will ALWAYS miss out on something. There were games I went to Gamescom to check out from a gamer perspective, but I simply didn’t get time to, due to the length of the queues and the amount of workload we were dealing with. Sacrifices always have to be made. 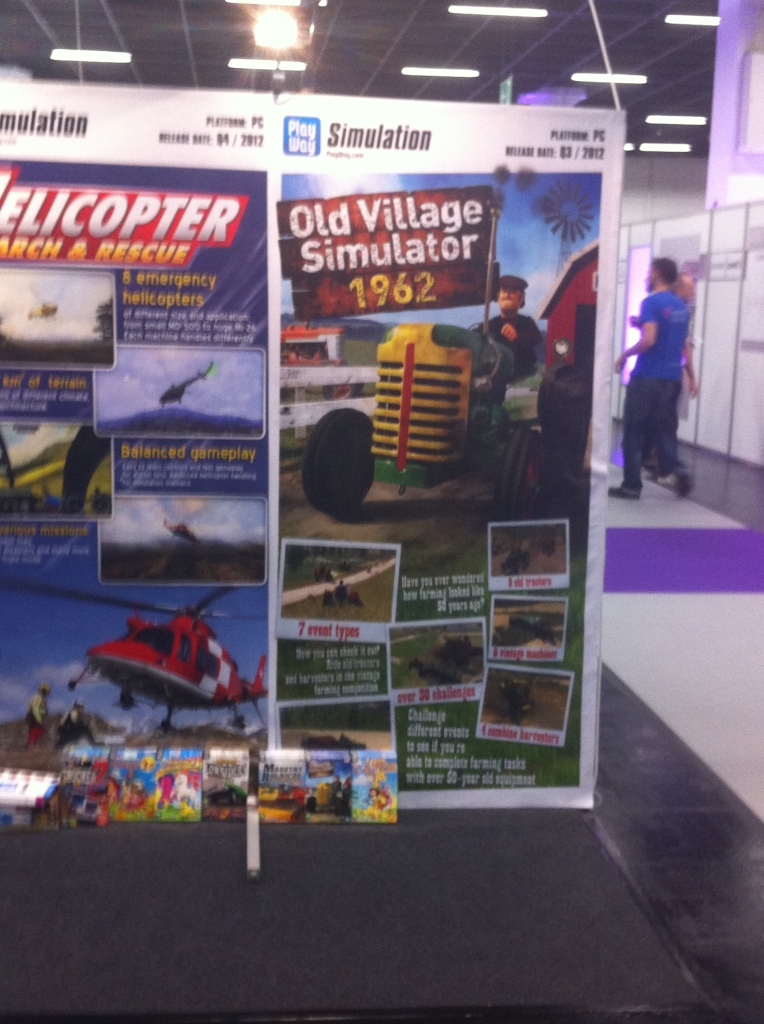 Overall, Gamescom was enjoyable, tiring and simply crazy. It was a fantastic learning experience, and was a very different change of pace from Rezzed. I am very curious to see what Eurogamer Expo is going to be like at the end of September, as it should be an interesting middle ground.