Camelot Unchained – Carving Out a Niche in Your Oldschool Heart

With most MMOs turning to action oriented combat as the next big thing to help convince people to part with their money, it's interesting to see a developer doing very much the opposite. City State Entertainement are thus looking to take their upcoming medieval fantasy MMORPG Camelot Unchained back to the days when games were hard and PvP was something that happened to you, and not something you just queue for.

Oh the MMOs, they are a changing. Things in the MMOverse seem to come and go in generations, and even with the “action-oriented” generation in full swing, the folks over at City State Entertainment are looking to the past for their new MMORPG, Camelot Unchained. Instead of conforming to modern trends and conventions, CSE are aiming to regress their game to the point in time when games were still harsh, challenging and rewarding, and then taking it in a direction both bold and focused.

If you were one of the many hardcore PvPers of yesteryear, odds are you’re intimately familiar with Dark Age of Camelot and the regrettable Warhammer Online, both of which find themselves as the formative inspiration behind Camelot Unchained. Most of the devs gathered at CSE, perhaps most notably Mark Jacobs, played a role in designing those games back in their day, and they’ve now gathered to take what was at the core of that experience, shake loose the dross, and take the whole thing to a new level of realm versus realm goodness.

It is precisely this history that has driven fans to support the game in droves, with the game meeting its Kickstarter goal not last week, even snagging a couple of stretch goals in the process. Between just under fifteen thousand backers, they managed to raise over $2.2 million dollars for the game, which is just over $150 dollars per person. That is quite a bit of good faith, considering that CU is still a long way off from seeing the light of day, and all that’s there right now is a lot of bold claims and promises. 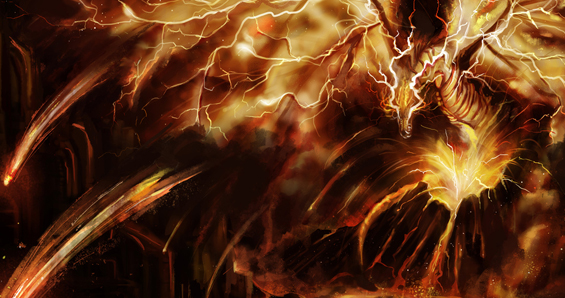 To give you an idea of what to expect, Camelot Unchained is to be an RvR oriented, hotkey based, medieval fantasy MMORPG, but this is far more than a mere comfortable wrapper that a bunch of MMO gook hides behind, as it defines every aspect of the game proper. Despite what you may be used to from MMORPGs, this is not a game in which you grind mobs to earn fat loot, nor is any of the PvP is instanced, because players are the ones with the rewards, and they fill every nook of the world with their dirty presence and sharp blades.

“CU is a TriRealm™, RvR-focused game. It is not an RvR-centric game like Dark Age of Camelot and it is certainly not a “just bolt on the RvR; that will work!” game like so many others. It is as pure an RvR game that I have ever worked on, plain and simple.” – Mark Jacobs

Speaking of the world, it’s vast and mysterious, and there for you to explore. Don’t expect to be led around by glowing pixie dust or conveniently placed NPCs either, as meaningful exploration is another tenet in CU, as is a lack of convenient fast travel options. The goal of all of this is of course to get you out into the world, exploring new areas and fighting battles in grand arenas of your own design, rather than the same four brown walls every time.

How you approach these battles is also up to you, as CU will be an RPG in the truest sense, with far more character options to select from than a mere talent tree can provide. Your choices will be many, with your stats and abilities being influenced by things like race and gender, some of which may even be specific to a single realm. Of course, the most fundamental choice will come down to class, but again, don’t expect to see dozens of same sounding warrior and mage classes running around, as CU’s approach to the class system is far more focused, and hinges around a rock > paper > scissors design.

Your choice of class will matter as much as how you choose to play it, and hey, if you just wanna be a dude that crafts all the fancy stuff for people, that’s cool, there’s even a dedicated class for that. They can still swing a sword, but that’s not what they do, it’s not what they’re the best at. The goal is for all the classes to have a distinct feel and purpose, so while the launch lineup may be somewhat slim compared to something like DAoC, each of them will feel unique, representing archetypes such as the Archer, while the actual breakdown will come down to somewhat traditional roles such as DPS, healer, tank, hybrid and crafter.

“Unfortunately, over the years many MMORPGs have scaled back player options as developers/publishers chose to chase non-core gamers. While there are more avatar customization options, are having things like “boob sliders” really more important to RPGers than being able to create characters who have meaningful statistical differences and abilities tied to the players’ selection of race, gender, etc.?” – Mark Jacobs

All of these choices are supposed to be meaningful, as to goal is to have a character tailored to your playstyle thanks to all the options available to you. Of course, the flipside is that a wealth of options often tends to dilute the impact of any individual choice, so whether all of this leads to interesting gameplay remains to be seen. And considering how this is CSE’s opportunity to deliver on their grand plans and bold claims, without any of the supervision that might have previously held them back, it’s nice to hear that they’ve given themselves a realistic timeframe to get all this done.

The game is looking to release at some point in 2015, after a good long stint in beta, the point of which will be to get as much feedback from everyone playing it as possible. This is naturally very important, as you don’t cater to a niche without listening very carefully to what they have to say. Thankfully though, the Kickstarter campaign was littered with alpha, beta and even internal testing options in the various reward tiers, so there’ll be plenty of people helping to make sure the game doesn’t go astray along the long road to release.

That said, the game is almost certain to find itself in the odd place where its niche appeal doesn’t really let it get huge, but it seems that CSE have given this quite a bit of though, and are aiming for less grandiose numbers than some might peg an MMO for. With Mark having stated that 50k subs would be a perfectly sustainable number for the game, it’s nice to see that while their ambitions may lie in the clouds, they’re still at least somewhat grounded in reality.

Now, I could go on breaking things down for you, but seeing as how the CSE devs have put out a ton of info on the game, why don’t you just go check it out for yourself. There’s a lot there too; a lot to be excited about, and a lot of risky propositions. While they’re well aware that they’re targeting a very small niche, and design for the bottom line is straight out, there’s a good reason why most MMOs do some things very much the same every time. Moreover, as this is a subscription based medieval fantasy MMO that’s only going to be out in a couple of years, there’s no telling how well it’s going to end up doing.

But that’s not the point, it never was to begin with. If they had wanted to play it safe, I’m sure they could have, like so many others, and while the cash in would by no means be guaranteed, it would be damn easy to accomplish, if some of the F2P garbage out there is to be any indication. Thus I commend them on their bold steps backward into the dark ages of gaming, where things were dangerous, deadly, and damn exciting; may they capture only the best of that experience.